CES Rocks on for another full day of fun!
Let’s check out the show floor and the fun day we had! 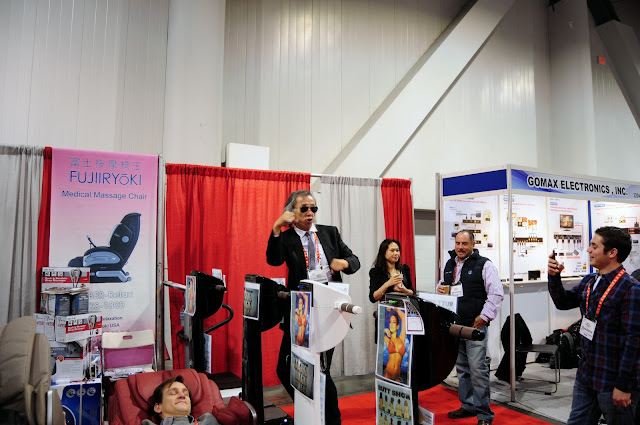 Dancing on the show floor should have an award for this show. If there was an award we think it would go like this for 2013. 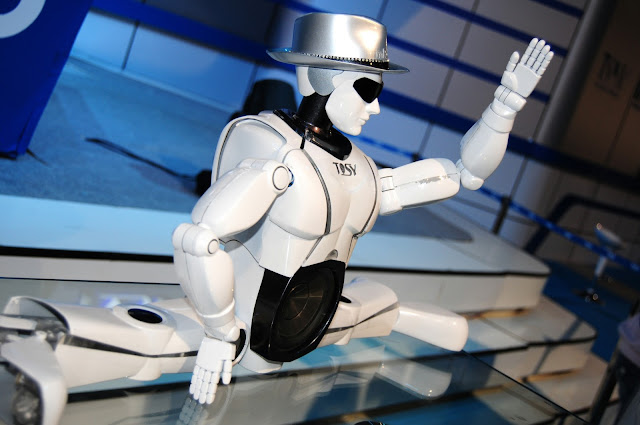 …..and the Winner Is….
That crazy guy on the exercise machines dancing to Gangnam Style 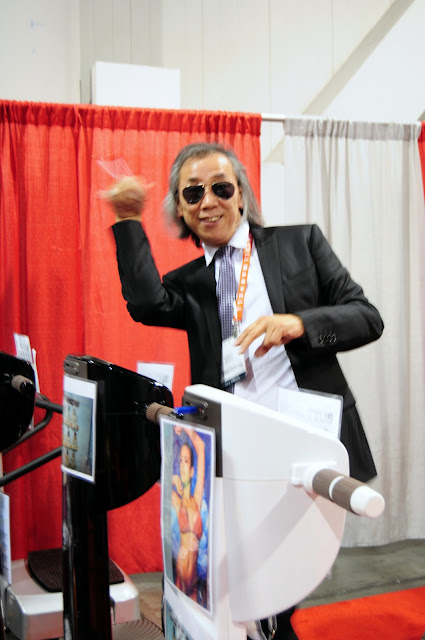 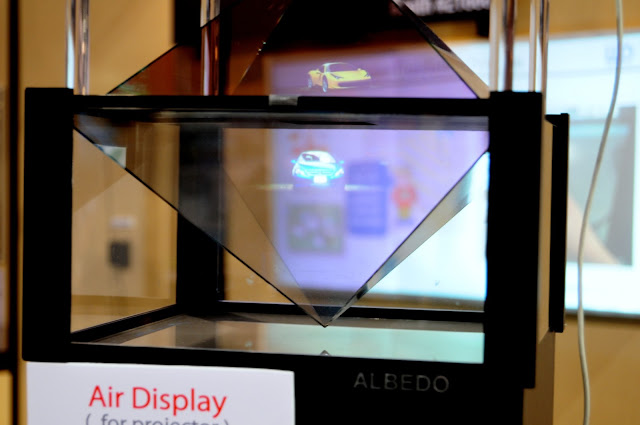 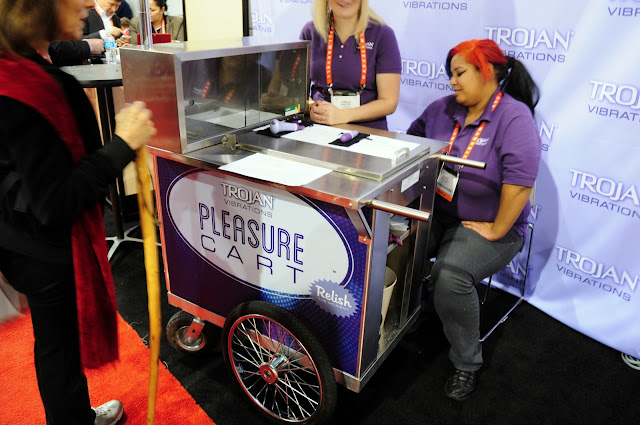 …but the AVN conference was moved to next week you say? Well, they gave away 9,000 sample vibrators to conference goers in the first 2 days and ran out of product. I think there is a lot of BETA testing going on but you will never see the reviews. I asked if the majority of the recipients were women and the answer was “well a lot of guys are getting it for their wives”I forgot to ask which press members were given eval kits before the show….. you know who you are! lol Can’t wait to see the reviews!

Mind Controlled everything is coming… from silly little ears that move with your mood to flying Jedi Knight Training orbs there seems to be a lot in the pipe concerning mind control products. 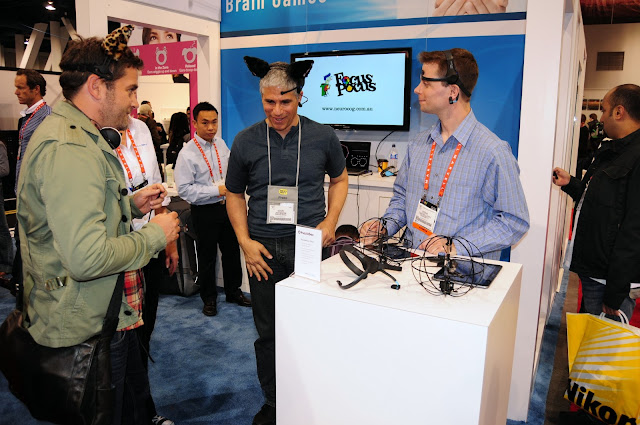 Some things here at CES you will never see again and this is most likely one of them. it is kind of a modern “Lawnmower Man” setup so that you are suspended while playing a game. (no one wants to look like this while playing anything, it is just not cool) 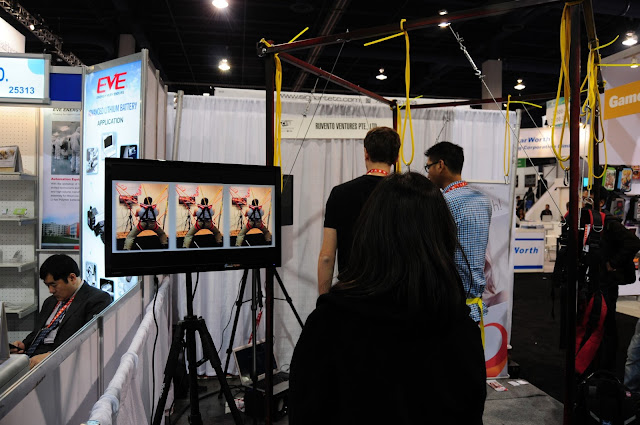 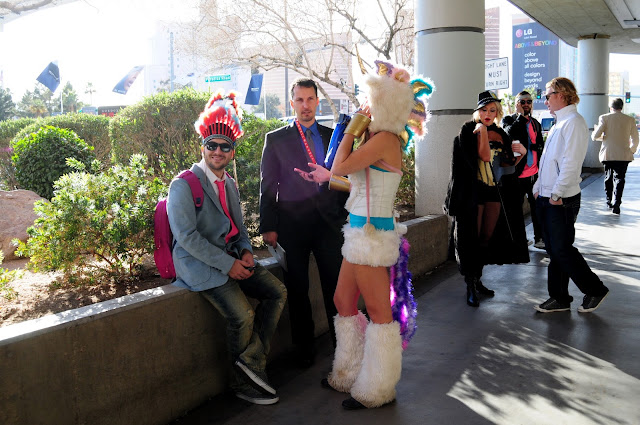 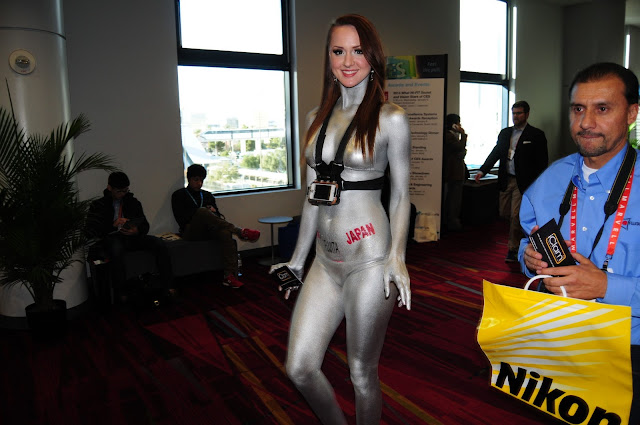 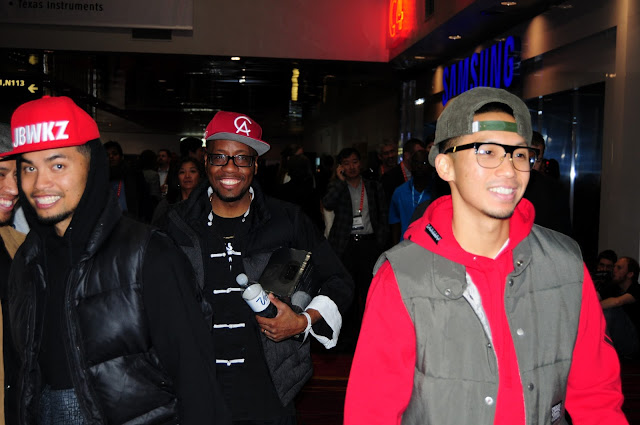 What was the coolest thing I have seen in 2013 CES, you ask?
This is a close second so far the Mondo Spider vehicle 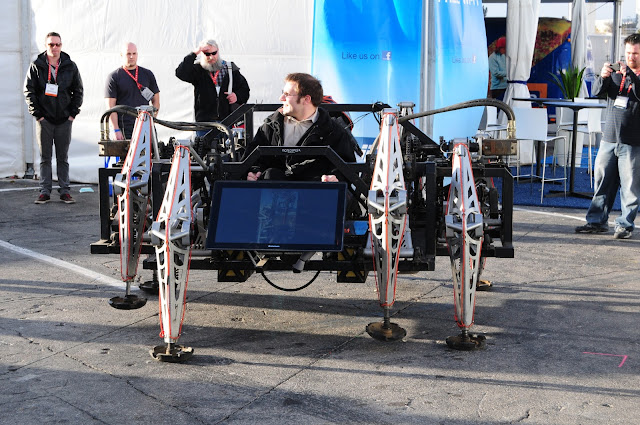 Not much could possibly top this other beast from eatART a Canadian Based Engineering Art Group called TitanoBoa. This 50 foot long remote controlled snake is an amazing thing to see and feel the 2,000 pound art project crawl across the ground a couple of feet in front of you.  Credit to Lenovo for sponsoring this to come here. 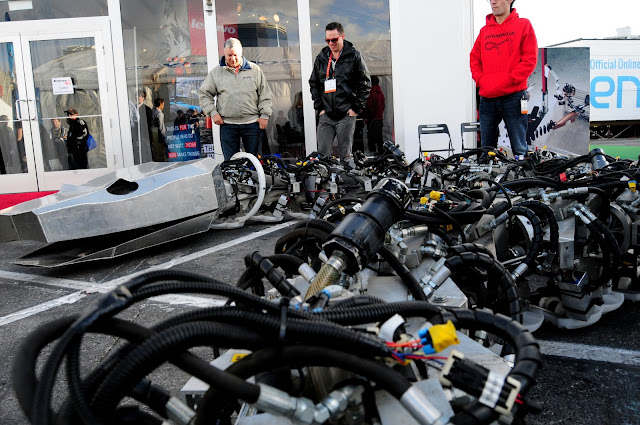 Another incredible machine we saw this week was the Audi R-18 Hybrid Le Mans Prototype. This car is the next evolution in endurance racing according to Audi.  I worked at Mazda Raceway Laguna Seca and have worked with Audi’s race group many times.  Seeing this car here brings back many good memories. 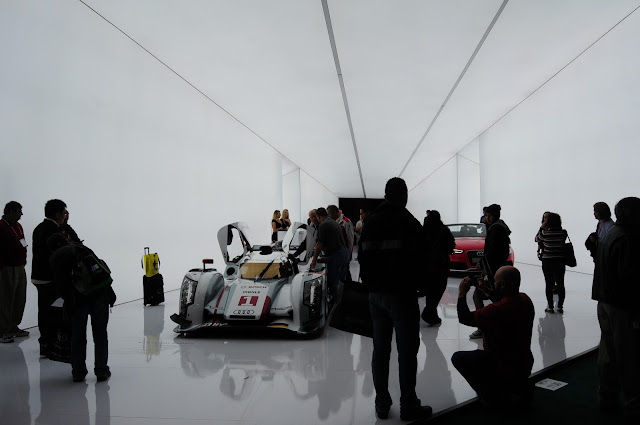 Stay tuned, I have a lot of car related things in store for Friday (the last day of CES)……
Tweet House @ HYDE Bellagio We had tickets to the Tweet House Party sponsored by Chevy which was held at the HYDE night club in the Bellagio Hotel. This place is famed for this view and the fact that the water show goes off every 15 minutes right in front of you!  Except tonight… we were sad after an hour of waiting we realized it was not operating.
The view was also a great backdrop for this image I took of CEO Michael McCord and his partner of LearnerNation.com here at their first CES and they needed a souvenir to remember this night. 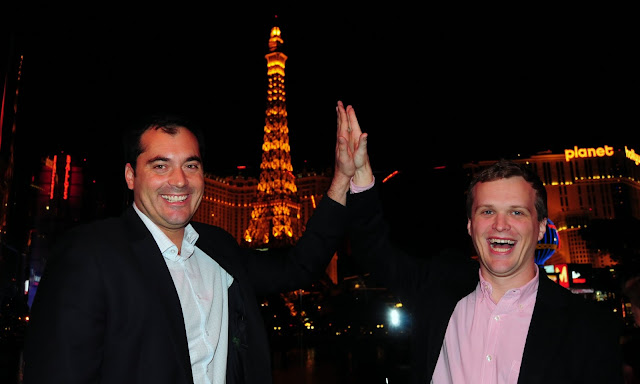 During the evening I saw Robert Scoble making his entrance with a very merry group of friends. Margo and I had met Shel Isreal and Mr. Scoble earlier in the day as they were heading out of CES to take a break. 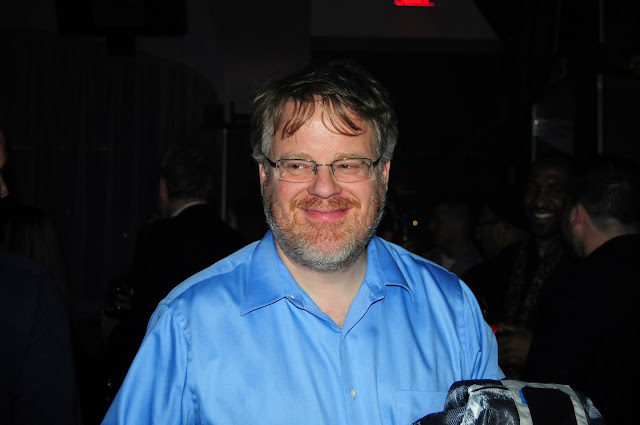 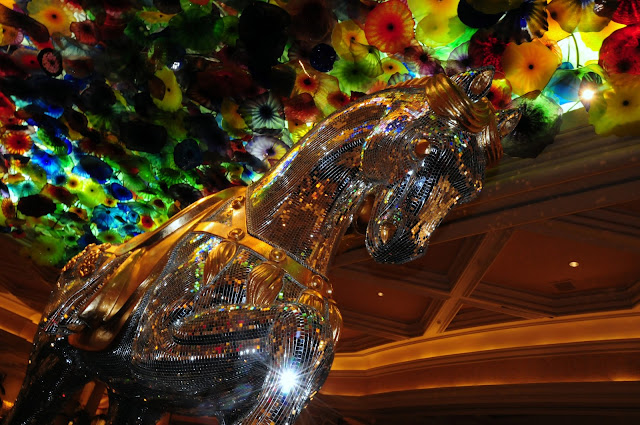 So on the way home we went by the Las Vegas Sign and tried to brave the 25 mph winds at 35 degrees but only got a couple of snaps like this. 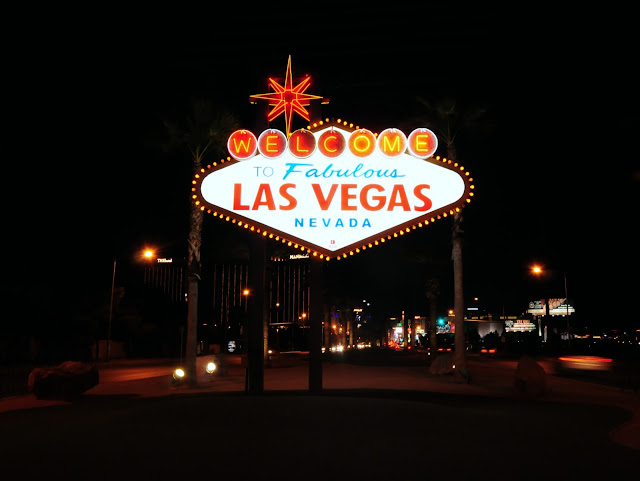 The other side is cool too but it was just too cold to shoot it.