We walked around the PMA@CES in the Las Vegas Hilton convention center which is a short walk from the Las Vegas Convention Center (LVCC) where the main exhibitors are. PMA@CES is where the largest concentration of Photo/Imaging products and services are found, but the major camera manufacturers like Canon, Nikon and Sony are not there. This area seems to be getting smaller year to year which is also weird as photography seems to be growing.  I think that cameras are so different now and video cameras never really fit in the PMA area that this section needs to be re-branded and structured to match the current environment. That being said it is where we found our find of the day, the Image 363D TopShow 3D Compact. 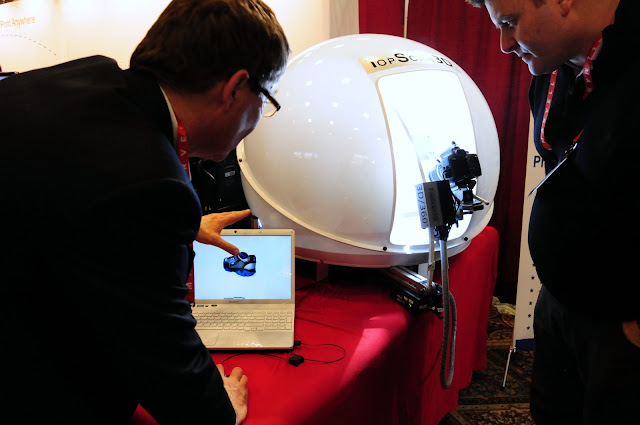 This system produces 3D images as a single process, place the product in the sphere and start the imaging. A few minutes later you get a 3D image that can be rotated and viewed from almost any angle.  With online retail growing so fast this seems like a good product at a good time.
We also walked some of the south LVCC halls and saw more cell phone cases and water resistance methods. There are more 20 gallon aquariums here than at a tropical fish convention, and they all have phones in them. There must be a lot of business as there are more phone and tablet case booths than you could ever imagine here at CES. There are a lot of things you might not think about here at the show and would never see anywhere else like TabletMan. 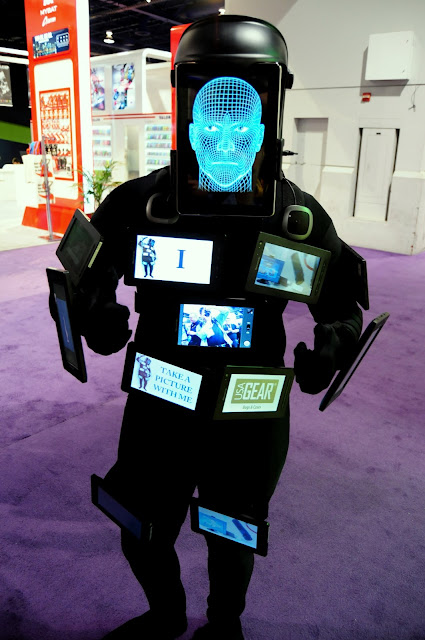 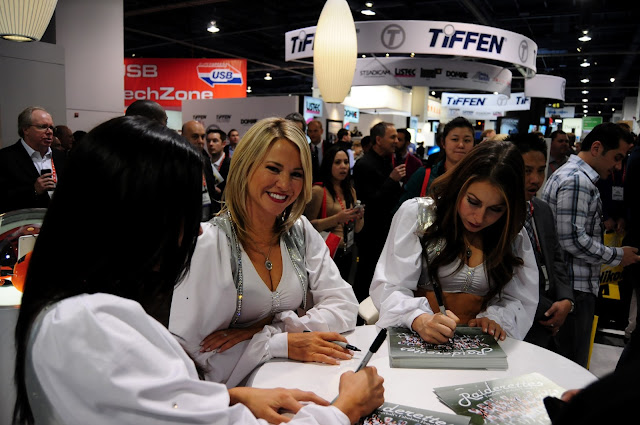 Barry Sanders formerly with the Detroit Lions was at the show… 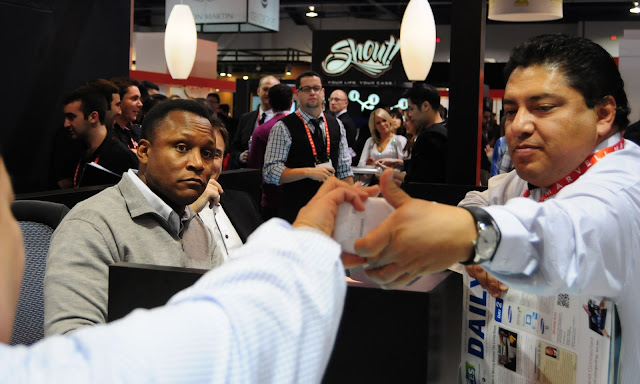 After walking the show floor for several hours we headed out for the evening festivities directly from the LVCC.  We started our evening at Caesar’s Palace for the Kingston 25 year anniversary party where they celebrated 10 years of HyperX technology with a Starcraft tournament. 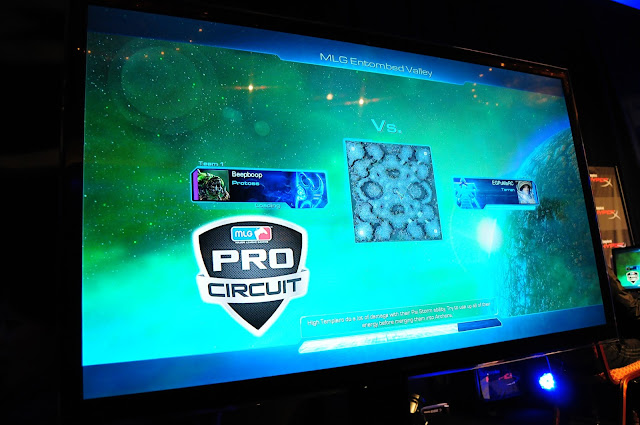 We watched two players from Korea battle for third and fourth place. and got a sweet Swag Bag of 25th anniversary stuff including a T-shirt, 8GB USB Drive, shot glass, playing cards, laser pointer, and a keychain. 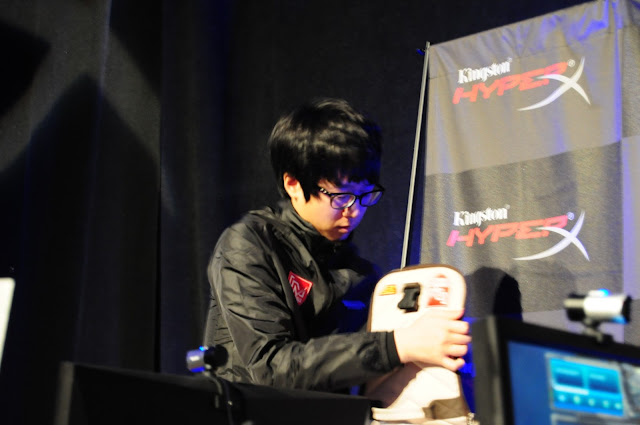 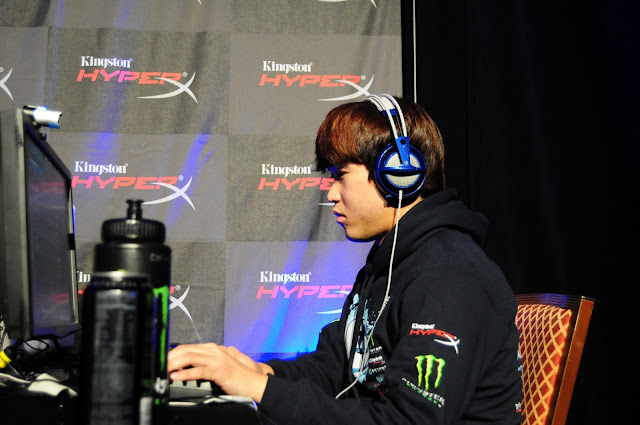 After the Kingston party we went over to the Paris Hotel for a concert featuring Alicia Keys at the Paris Ballroom presented by Monster Cable.  The CEO of Monster Cable is a very pumped up guy during these shows and again this year provided CES with a great after party.  Guests there included Janet Jackson and Sheila E
The show had a family of talented dancing kids that Monster is helping out by hiring for 3 years to promote the brand, a fashion show of the Monster Headphones and then Alicia Keys took the stage. 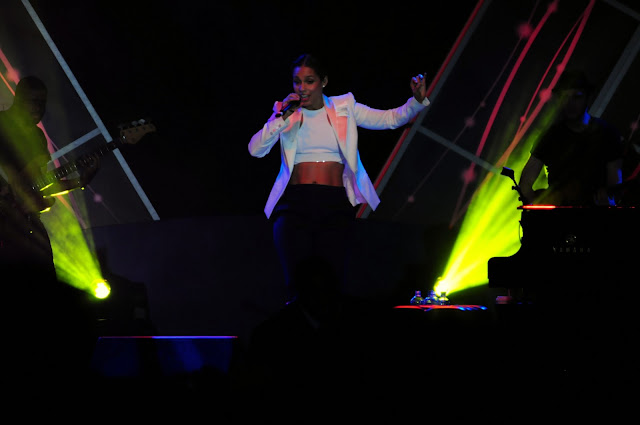 We got to sit (most had to stand) and sit in comfort as we found a comfy red couch when we first got  there and sat on it through the whole show. It was even on a riser so I could stand up and get these shots. 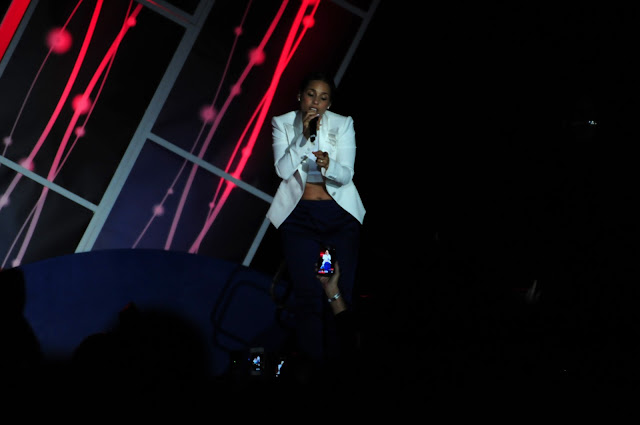 All in All a great day and night.  We do it all again tomorrow and tomorrow night…..