The show floor opened today and the embargoed stories that the press have been writing and cranking out over the last 2 days are now all online.  So many new products and announcements that most of the reporters and newsgroups are strained at this point to keep it all in check.  MobileGeeks.com’s Sascha Pallenberg told me that they had produced and uploaded no less than 60 videos during CES so far, at 3pm this afternoon.  Robert Scoble posted that he was hitting the sack at 10:30pm, and the big newsgroups like Engadget, CNET and The Verge are cranking out endless hours of commentary and updates all day long and into the evenings.
The first thing today I ran into Paralympic Medalist, Blake Leeper. This kid is definitely an inspiration and he was so happy to be at the show.  We only chatted for a minute or two before he had to head off for an appearance at the Panasonic booth.
I am a guest again this year in the very cool Samsung Smart Lounge. This is a special booth next the the Samsung primary display area for bloggers to post their stories get a drink and sit for a while during the show.  Samsung really knows how to treat their guests and I am honored to be a part of the lounge again this year. 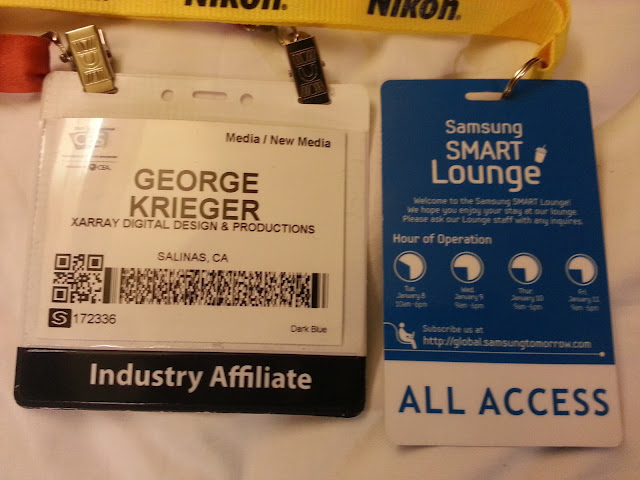 So what is on the floor? Too much for any one person to convey, but here is what I saw today. TV’s are once again center stage with the largest, the highest definition, and the smartest ones in history all making appearances. Tablets are also everywhere and for every niche as well including a slew of kids android tablets. Cameras are also everywhere and they all look like either the Contour HD or are knockoffs of the industry leading GoPro Hero Cameras. Because of the wearable camera craze GoPro has become the fastest growing camera company in the world.  Home entertainment seems to be making a comeback, and I saw more record players than I have in over 30 years anywhere. YES Turntables with needles and vinyl discs playing scratchy sounding music just like when I was a kid!!!
Samsung also had this transparent video box for a new way that retailers could display their wares which was very cool. Translucent video is played on the box sides while the product is visible inside. 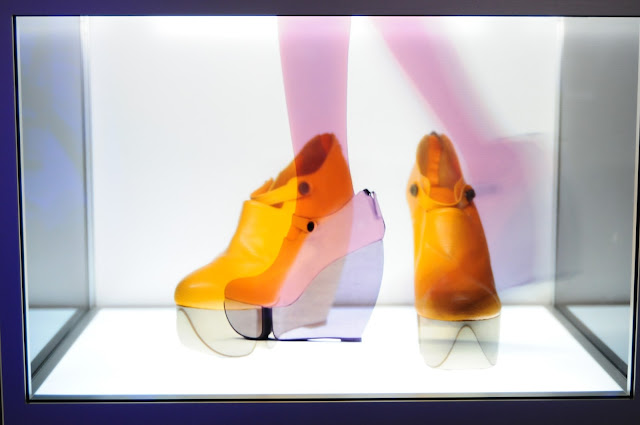 The parties are plentiful and we have invites to the Kingston mixer, Monster Cable Concert, and the Entertainment Matters party at the very chic Lavo nightclub, all tomorrow night one after another. Thursday is even crazier after the show.
Here are some images from the show to this point
https://plus.google.com/photos/111194673422462858293/albums/5830328593045028113